It is understandable that people are keen to return to some form of corporate worship.  After all, that is the way it has always been … isn’t it?  The image here has been doing the rounds of Facebook this past week and it is a worthwhile reminder of how the church used to gather, way back when. 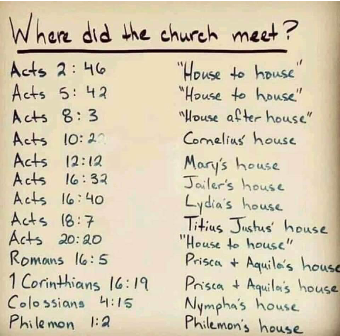 Our meeting as local congregations for worship in specialised buildings is not something that goes back into particularly ancient times.

John Drane, in his book, ‘After McDonaldization’ suggests that our understanding of worship today flows out of the agricultural age, where one person did not go off to work, but a whole family and community worked alongside one another for the common good and through this lifestyle formed natural bonds of friendship.  So, going to worship on Sunday was simply an extension of their everyday lives:

Here, where people live and work alongside each other every day, what happens in church on Sunday serves to bless this shared life.  It works for people who already know one another.

After McDonaldization by John Drane - Darton, Longman and Todd – 2008 p18.

Strangely enough we have still not quite grasped the fact that it does not necessarily work for those who do not know us, or we them.

I recall many years ago now when Veronica and I as a young married couple were seeking to be a part of the local Methodist church.  On our first Sunday attending I noticed a man there who was a senior manager at the factory where I was employed as a lowly storeman.  He recognised me and, while not overflowing with hospitality, at least acknowledged my presence that day.  On Monday morning that same man walked straight past me as if I were not there, and indeed continued to do so.  I did hang in there at that church, but no thanks to that, no doubt, genuinely nice gent.

It does seem to me that while today COVID is a global disaster beyond anything we have ever experienced before, we have been given an opportunity – albeit forcibly – to stop and consider the positive and negative habits of church life and perhaps make some midstream adjustments.

Last week I used a story from the life of Elijah and used the words of his servant: “Look, a little cloud no bigger than a person’s hand is rising out of the sea.” 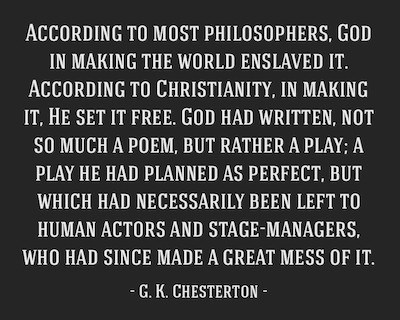 Back at the beginning of this century I was asked to establish a new faith community in the burgeoning new housing development of North-West Sydney.  Veronica and I had never lived in Sydney and knew very few people who did!

How do you build a church in a place you do not know, with little to no knowledge of how to do it and not knowing people who might have known?  Well, we figured that we were strangers and we were lonely, and being a new area, there might well be other strangers and lonely people out there.

So, in our little area of Rouse Hill we sent out an invitation to a BBQ!  We hand delivered around 300 letters introducing ourselves and telling people that I was a minister with the Uniting Church and was available for weddings, funerals, baptisms (we ended up doing a lot of baptisms) and Bar Mitzvahs.  Central to the letter was an invitation to a Barbie at our home on the first Sunday of October, explaining that Saturday could not work as I would be watching my beloved Collingwood in the AFL Grand Final.  We lost again. 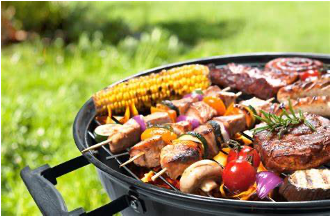 How many of those people became members of this new congregation I hear you ask?  Well none of them.  But we had formed a whole bunch of new friends, who had found out that this new couple were okay and reasonably human, and word was out that we were in town.

Last weekend we received news that a dear friend had died.  Rev Dorothy Harris-Gordon was a pioneer minister for the First Peoples, not just in this Synod, but across Australia.  Aunty Dorrie worked side by side with her husband, Rev Charles Harris to establish the Uniting Aboriginal and Islander Christian Congress which was finally ratified at the meeting of the National Assembly of the Uniting Church in Australia in 1985.

I had known Aunty Dorrie for several years, but it was a great privilege to finally work alongside her at the Lismore Regional Mission and come to count her as a friend and sister in Christ.  Aunty Dorrie was a quiet achiever whose faith, prayer, wisdom, and passion for her people was always an inspiration to me.  We will not see her like again.

Please pray for Aunty Dorrie’s family and the communities she served and loved as they come to terms with the loss of this outstanding woman.

I look forward to seeing many of you at our Zoom Presbytery meeting next Saturday August 22.

Thus far we still seem to be clear on our meeting together.  Marie B has sent out registrations this week and we look forward to catching up with the Saltbush mob.

The best book I have ever read on Leadership – and I have read a few – was written by Max De Pree over thirty years ago.  I have used his three responsibilities of leadership in ‘Leadership is an Art’ so often that I feel I must owe Max more than royalties from a book.  Max died a couple of years back at the age of 92, but I still swear by his thoughts:

The first responsibility of a leader is to define reality.  The last is to say thank you.  In between the two, the leader must become a servant and a debtor.

As best as I know how I have tried to model these three responsibilities through my ministry life.  Please do not reply and point out the number of times I have failed!  I am more than aware of my many shortcomings.  Please note that I said I TRIED.

I like to think that I have modelled this style as Chair of the Mid North Coast Presbytery consistently over the last almost four years.  However, it is now time for me to stand down from this role and allow someone else to take the reins.  The November Annual General Meeting will be my last meeting as Chair.  Hopefully enough of you have been paying attention at meetings of the presbytery and through this Newsletter so that this does not come as a surprise.  It may come with a sense of relief for some!? 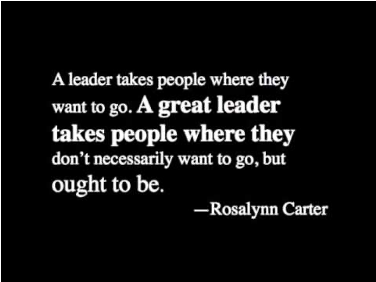 This leaves us with the task of finding a new Chair to take us forward in what will hopefully be a post-COVID world.  The Pastoral Relations Committee have asked that we commit this matter to focused prayer in coming weeks.  PRC have asked that our congregations be made aware of this and call us to pray and discern the will of God for this new leadership.  Further to this our Pastoral Relations Minister, Rev Cherie, will be leading two Zoom Prayer Meetings on Monday 17th August; one at 10.00AM and the other at 7.30PM.

It is not my intention to interfere in this process except to offer a thought that I have shared with some Presbytery leaders.  The Canberra Region Presbytery have for a few years now worked with two Co-Chairs and this seems to have operated very well.

I look forward to what lies ahead.

Incidentally, I am not likely to simply disappear from the scene as I would like to have the opportunity to share some ministry thoughts that I have picked up over my years of several varied ministry placements.  A minor frustration through these years of being Chair, has been that while I may have done the Chair job okay, I have not really been free to offer ministry that might be of greater value.

Jesus left that place and went away to the district of Tyre and Sidon.  Just then a Canaanite woman from that region came out and started shouting, “Have mercy on me, Lord, Son of David; my daughter is tormented by a demon.”  But he did not answer her at all.  And his disciples came and urged him, saying, “Send her away, for she keeps shouting after us.”  He answered, “I was sent only to the lost sheep of the house of Israel.”  But she came and knelt before him, saying, “Lord, help me.”  He answered, “It is not fair to take the children’s food and throw it to the dogs.”  She said, “Yes, Lord, yet even the dogs eat the crumbs that fall from their masters’ table.”  Then Jesus answered her, “Woman, great is your faith!  Let it be done for you as you wish.”  And her daughter was healed instantly.

We do not presume to come to this thy Table, O merciful Lord, trusting in our own righteousness, but in thy manifold and great mercies.  We are not worthy so much as to gather up the crumbs under thy Table.  But thou art the same Lord, whose property is always to have mercy: Grant us therefore, gracious Lord, so to eat the flesh of thy dear Son Jesus Christ, and to drink his blood, that our sinful bodies may be made clean by his body, and our souls washed through his most precious blood, and that we may evermore dwell in him, and he in us.  Amen  (From The Book of Common Prayer)

Planted in faith and hope

Months back we planted some seedlings to bring some colour to a bland backyard. In recent days we are seeing emerge a variety of colour and design that are just a small part of the wonder of God’s creation.

Our lives of isolation these past months may give the sense of things being dormant. It seems to me that there is still a lot going on. Some of it may still not be visible, but there are shoots poking through and buds are forming.

It has been incredibly difficult for our ministry agents and lay leaders over these past weeks. This is territory that none of us have travelled before and it will be a long time before we can find some clear air again. However, there has been so much creative ministry going on right across our region. Whether we have been ‘online’ or offering service reflections, group Bible readings, prayer opportunities or pastoral care of the innovative kind, we have done good! 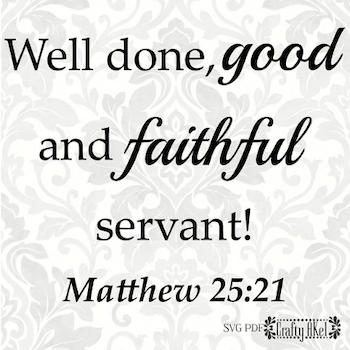